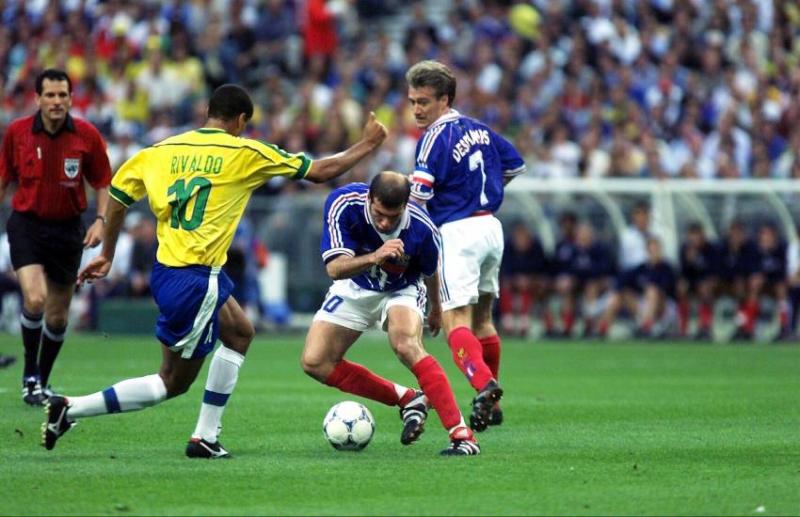 It is approaching one a.m. on a cold Monday morning. Thanks to an unusual evening nap, I’m feeling relatively awake and ready for two hours of grown men trying to kick a ball into a net. Like most of the world, I’m cheering for the underdog but resigned that the favourite is likely to win – as they did twenty years ago. I also watched that victory in the early hours of a cold Monday morning in Sydney. But I’d seen a number of the proceeding matches all over the globe. Although I’d been in France in the lead up to the tournament, I was in Italy by the time it started. Rome was a ghost city as I walked out of the train station. When its citizens finally emerged, their mood was muted thanks to their nation’s unlikely draw with Chile. But later in a Venetian piazza, the small café crowd were jubilant after a decisive win. The streets of Amsterdam were draped in orange tissue paper and balloons. I found a not too crowded pub to witness the Netherlands battle Yugoslavia. I was amused to see the team names abbreviated on the screen as ‘NED’ vs ‘JOE’ – like two rednecks playing checkers. By the time of the semi-finals I was in Thailand, cheering for France in a Phuket sports bar. So, for me at least, 1998 really was the year of the World Cup.

The crowd is grooving. The musicians are swinging. They are the best soul men in the biz. Killer horns. Thumping bass. The original Funky Drummer. Never have I seen so much ego on one stage. They are the cream and they know it. Even so, they aren’t the main attraction. Despite being taken on a smooth ride to Funky Town, the crowd grows a little restless. It’s been over twenty minutes since the band hit the stage and still no sign of the main man. Until… “Ladies and Gentlemen – are you ready for the Godfather of Soul?” The crowd explodes. But this is just a tease – the start of a theatrical entrance that takes five minutes before, finally, James Brown takes the stage. He’s a short fella. But what he lacks in stature, he more than makes up in self belief and talent. The massive weight of ego already straining the stage has now more than doubled – thanks to the addition of the smallest man up there. He might be the other side of half a century but he’s still a Sex Machine. I am soon dripping in sweat, swept away by ‘Papa’s Got A Brand New Bag’. When James declares “I Feel Good”, I feel Great – beyond Great. With my soul about to burst, I realise that I am having a religious experience. I am in the presence of God. (Of course, in a matter of months, events will unfold that prove James Brown is not God but in fact a violent wife beater fleeing police while off his nut on horse tranquilisers…)