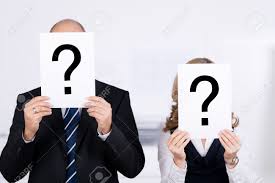 I am walking to the bus stop – a rare event for someone whose wife accuses of being public transport-phobic. I see a man in the distance on his phone. As I approach, the volume of his voice fades up. “….called the other day for a quote – it’s Martin Gordon….that’s right – about the fencing. I was wondering if you could…” and Martin’s voice is lost as the symphony of Bondi Road traffic swells around me. It’s as I step onto the 333 that something occurs to me. Martin Gordon may or may not have a reversible jacket somewhere in his wardrobe but he most definitely has a reversible name: Martin Gordon or…Gordon Martin. Interesting. Vaguely. It’s later in the evening and I have been publicly transported to the city. I am walking along George street on my way to meet a mate for some Belgian beer. A middle-aged man and woman are walking towards me. They are smartly dressed and most likely living quite comfortably above the poverty line. It’s only as I pass them that I hear the man speak: “Mr. and Mrs. Boring.” And that’s it. Nothing else. They’re gone – on their way to wherever. What the? Who the hell are these people? Who are they talking about? Themselves? If so, then what makes them so boring? Do they have friends who are, by comparison, ‘Mr. and Mrs. Exciting’? Are their friends swingers? Arms dealers? Spies? Or even swinging arms dealing spies? Or is it the other way around – and it’s this couple that are the thrill seekers, having a go at ‘Mr. and Mrs. Boring’? Or perhaps, just maybe, they spotted me walking towards them, wearing my leather jacket, looking unusually cool for a man my age and then the husband said to his wife: “Wow – check this guy out. Compared to him, we’re just… Mr. and Mrs. Boring.” Yes – that’s got to be it. Of course – it’s all about me.