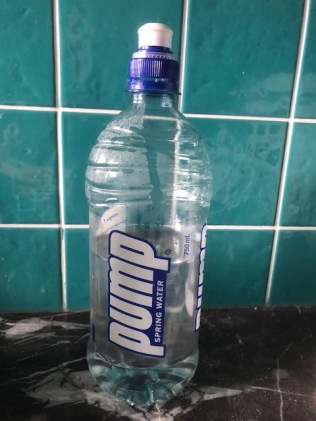 It’s time for evening drinks at the ANZ Promax conference. Being a freelance gun for hire, I have only been to a handful of Promaxs in my twenty-five plus years as a TV promo producer. But having worked for so many different channels in that time, I now know a number of people in the biz and enjoy the opportunity to catch up. I spot Dave, whose wry humour has amused ever since we both freelanced for TV1 (a channel sadly no longer with us). Dave landed himself an unusual gig a few years back and is responsible for promoting a couple of adult only channels. While a dream job for some, Dave admits it has its drawbacks – like rocking up on a Monday morning and being forced to watch a couple of crack whores go at it. I saunter towards him, guava and champagne cocktail in hand. He beams me a smile. “Well well, I haven’t seen you since you were kicked out of that Promax party in Wooloomooloo.”  Ah yes – an episode that I am oddly proud of. It was well into the night and much alcohol had been consumed. I had entered my ‘dancing fool’ phase and was tearing up the dance floor. I was thirsty but wary of topping up my already soaring blood alcohol level. I needed water. But the bar was packed. No worries. I went to my bag and got out my water bottle. Empty. No worries. I went to the toilets and filled it up. I came out just as ACDC’s ‘Long Way to the Top if You Want to Rock and Roll” started up. Rob, a long time colleague from SBS, was making a rare dance floor appearance. I’m not sure why this excited me but it did. So we were heading banging away like a couple of grey haired idiots. As the guitar solo built to a crescendo, something happened to me. Maybe I had suddenly been possessed by the mischievous spirit of Bon Scott. Who knows. But the excitement had peaked in me to such a point that I decided it was the perfect moment to place my water bottle in front of my crotch, squeeze it and cheer as the a stream of water arced up and splattered onto the dance floor. Rob and a few dance floor observers were amused by my spontaneous act of idiocy. But the Indian security guard who also saw it was not. I sensed this and rushed past him towards the toilets. “Yeah Yeah – I’ll take care of it.” I returned with an armful of toilet paper. I then got down on my hands and knees and wiped it up. I went back to the toilets to dispense of the dripping paper. I returned to the dance floor, ready to bop away again. But the security guard had other ideas. “You must leave now.” “What? Why? I cleaned it up.” He shook his head. “Doesn’t matter. You are too drunk. Come with me.” I shrugged. Probably time to get going anyway. So I grabbed my bag and was escorted from the premises to cheers from those by the dance floor. I am a legend.